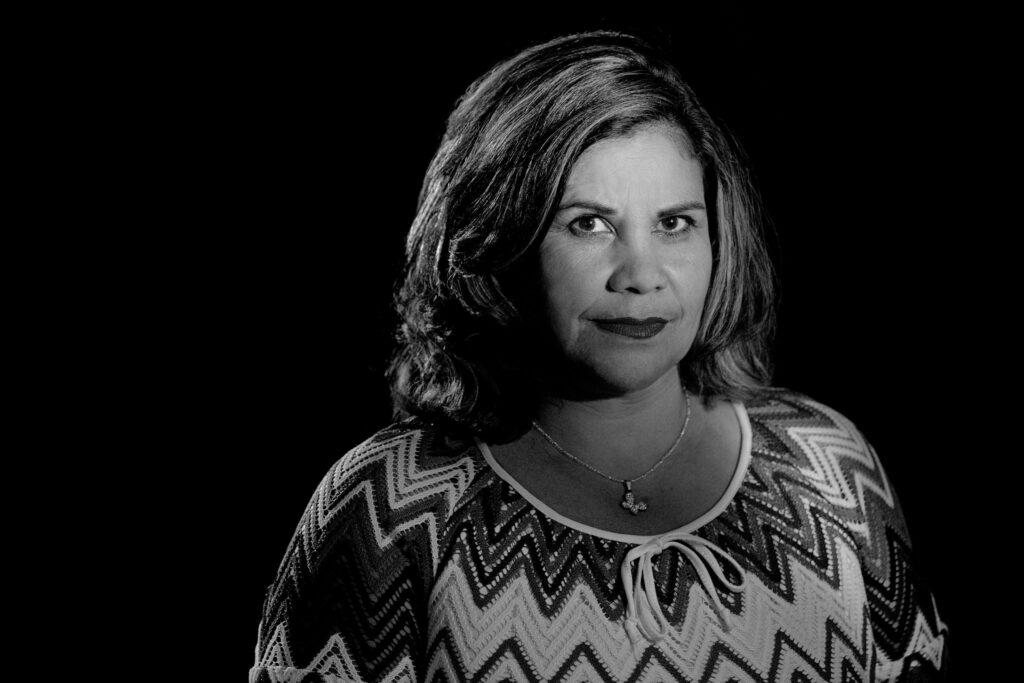 Ximena was violently assaulted and raped in Mexico by cartel members. When she reported the incident to the local Mexican police, she became the target of one of the most violent cartels in Mexico. “The police told me that I would regret having filed the report and that I would have to pay the price for what I had done,” Ximena recalled.

She barely escaped her kidnappers, fleeing to the border to ask for asylum. Ximena was sent to immigration detention in Eloy, Arizona. When Florence Project staff met Ximena in Eloy, her mental health was deteriorating. She had suffered from depression and anxiety for many years, and was diagnosed with bipolar disorder while detained.

Since there is no public defender system in immigration court, she represented herself in court for a year, before an immigration judge determined she was not competent to do so.

Thankfully, the Florence Project was able to represent her and worked hard to prepare her for her final hearing, but the judge denied her asylum claim. While this may have represented the end point for many immigrants in detention, Ximena refused to give up on her case. The Florence Project helped her appeal the decision, and a higher court agreed that the judge should reexamine the case.

As her case continued, Ximena struggled in detention. She was put in segregation on multiple occasions and attempted suicide three times. A local community visitation group helped make arrangements for her children, who had emigrated to the U.S. years before, to visit her regularly. Her children were her only source of hope in detention: “[My children] gave me the strength I needed to continue fighting my case until the end.” As time passed, Ximena’s chances of freedom continued to look bleak. The judge had first granted Ximena a $50,000 bond, stating that she was a flight risk. He later reduced it to $20,000, still staggeringly high for her family to pay. During her third bond hearing, Florence Project attorneys asked the judge to release her on parole without bond.

This time, thanks to our attorneys’ fierce advocacy, Ximena was finally released on parole and allowed to fight her case from outside of detention. She was released a few days before Christmas, after enduring two and a half years of detention. Once released and reunited with her children, members of our social services team accompanied Ximena as she made her transition. They connected her with local social services, helped her find the right medication, and provided a constant source of emotional support. Meanwhile, attorneys continued to spend countless hours preparing for Ximena’s final asylum hearing. During her final hearing, Ximena testified confidently about her experiences in Mexico and her fear of returning. When the judge finally granted her asylum at the end of the hearing, Ximena was in shock and thrilled.