Mother’s Day in the Icebox: An Excerpt From “Together”

Mother’s Day in the Icebox: An Excerpt From “Together”

The Florence Project advocated for hundreds of separated families in 2018. To raise awareness of the emotional impact of this cruel practice, we’ve published a booklet titled “Together.” It chronicles our response to the crisis and includes our clients’ vivid recollections of separation, detention, and reunification.

There will be a virtual launch event on Tuesday, May 25th . Below is an adapted excerpt from the section on Mother’s Day, 2018, when our client Delmy and her son Carlos were detained in the Border Patrol’s  notorious hieleras, or “icebox,” holding cells: 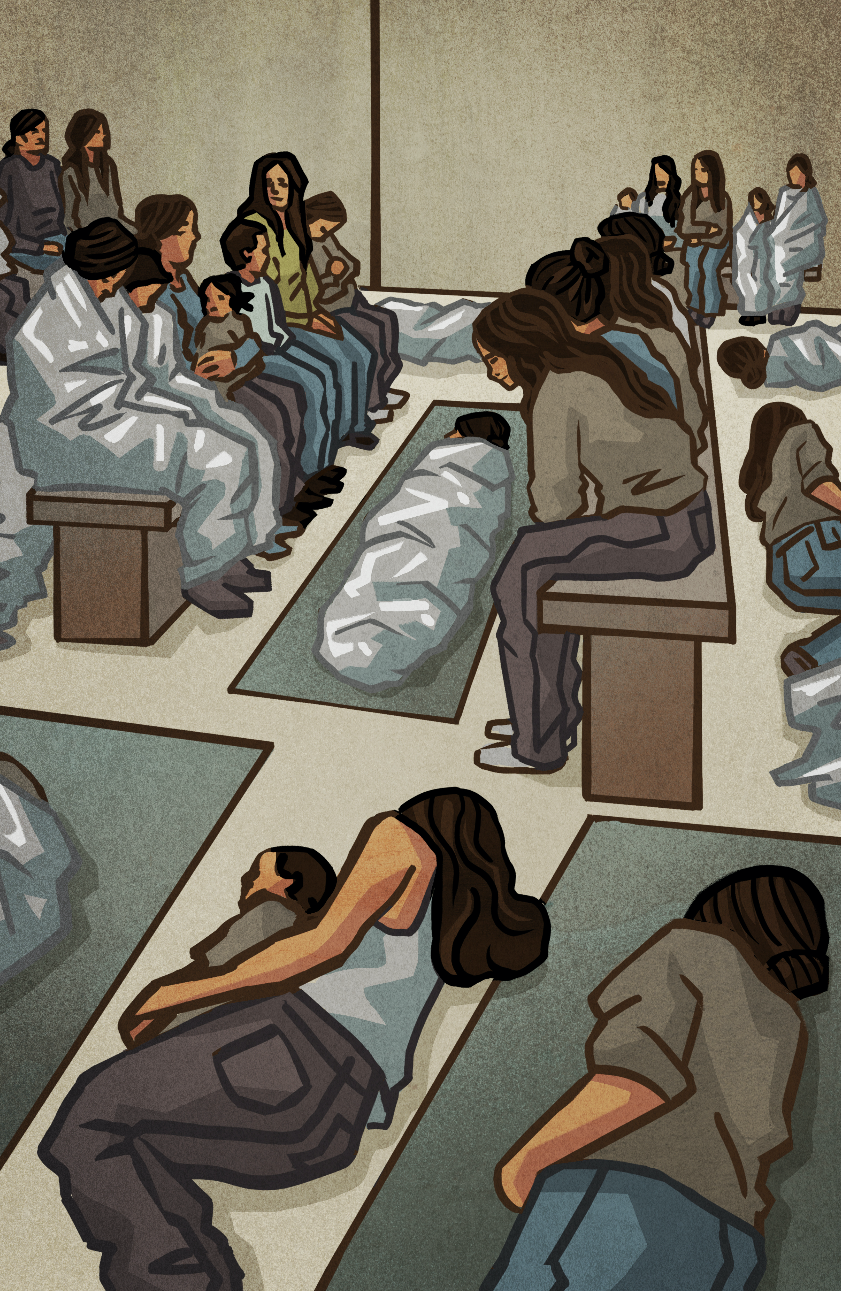 A Border Patrol agent came into the cramped, concrete room to announce to the parents that someone was coming to take away their children.

Many women protested, “How can you do that?” “I’m not going to put up with this.” “Send me back but don’t take my child away from me.” Delmy tried to calm them down, believing the officers would act more cruelly if they complained.

She and her 10-year-old son, Carlos, had spent a month migrating from a town in Guatemala. They’d fled months of harassment from a man who waited outside Carlos’ school with a gun. “We had a sad story there in Guatemala,” Delmy told the Florence Project. “We came here and something worse happened.”

The air conditioning in the Border Patrol cell was so strong, the room was freezing. The agents had also taken away their jackets and sweatshirts. The small children shivered. Families sat huddled together on the concrete benches. Groups shared sleeping mats. Some people rested against each other, laid together, or sat alone with their hands in their armpits to stay warm.

They received uncooked ramen noodles and cold water. On the floor there was mold from where soup had spilled. Border Patrol officers came in and out, taking people to meet asylum officers and to undergo medical exams.

“What I did, so that my child would not die from the cold, was put him in between my legs like he was a puppy,” Delmy says. “I laid over him so the heat from my body would warm him. I told him to be patient, that this was not going to last long.”

Delmy knew she needed to explain to Carlos that soon the officers would separate them. She was anxious, heartbroken. “There were so many things that went through my head. I asked God to give me a way to speak to the child, to explain to him that I was not going to be able to go with him.”

After Delmy was escorted to see an immigration official, she was returned to the cell. Carlos looked scared. “Where did you go?” he asked. “I thought you had gone.” She could tell he’d been crying.

“No son, everything is fine. They are going to put me into detention … It’s a place where all the moms are going to be. I have to tell you something. You are a little big now; you can understand a little more. I need to explain some things to you and I want you to understand like a young man who understands everything.”

Delmy told him, “Son, first, you are not going to be able to go with me. I am going to go alone. They are going to separate us, but you are going to go to a very nice place.” She tried to create a beautiful image for him. “There will be many children. You are going to play. You are going to have better food than right now. Look at what we are eating here,” she said about the raw noodles they were consuming to avoid starvation.

“Am I not going to see you again?” Carlos asked. He started sobbing and couldn’t stop.

“Easy, breathe,” Delmy told him. “I love you with all my heart.” She promised to him that they would be reunited. Even though Delmy felt beaten, with her soul tearing apart, she promised it. The courage of Delmy and Carlos, and others like them, fuels the determination of Florence Project staff. Theirs was a long, harrowing journey through one the most brutal eras in U.S. immigration enforcement history.

Read “Together” in its entirety now.