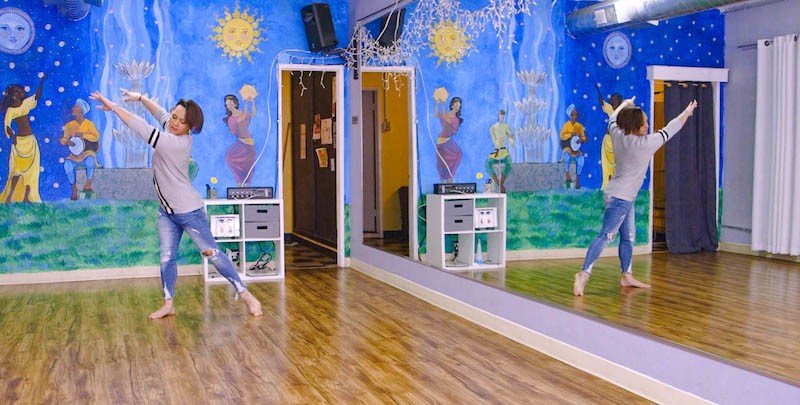 At a small dance studio in central Phoenix, a Cuban immigrant named Jade is achieving her dream to perform ballet as her true self. In Cuban dance companies, Jade could only get male roles, though she is a trans woman. Now Jade’s husband, Arien, sits with the couple’s pro-bono legal team, smiling as she spins on her toes, extends her arms, leaps forward, and looks over her shoulder.

As a trans woman, Jade suffered police harassment on the street and assaults in jail cells in Cuba. Presenting as her true self ultimately ended Jade’s career in the Cuban ballet. But with smooth pirouettes, she shows the grace she used to survive the tumultuous journey. With melancholy movements, she also expresses the longing for safety and freedom that drove her and Arien to flee their home.

Reflecting on the persecution they endured in police custody, Jade said, “It wasn’t for being a criminal or a thief. It was simply for being a trans woman.” Tears welled in her eyes. “We were sexually assaulted. We saw no way out but to leave Cuba entirely. Leave friends, family—everything, our whole lives.” 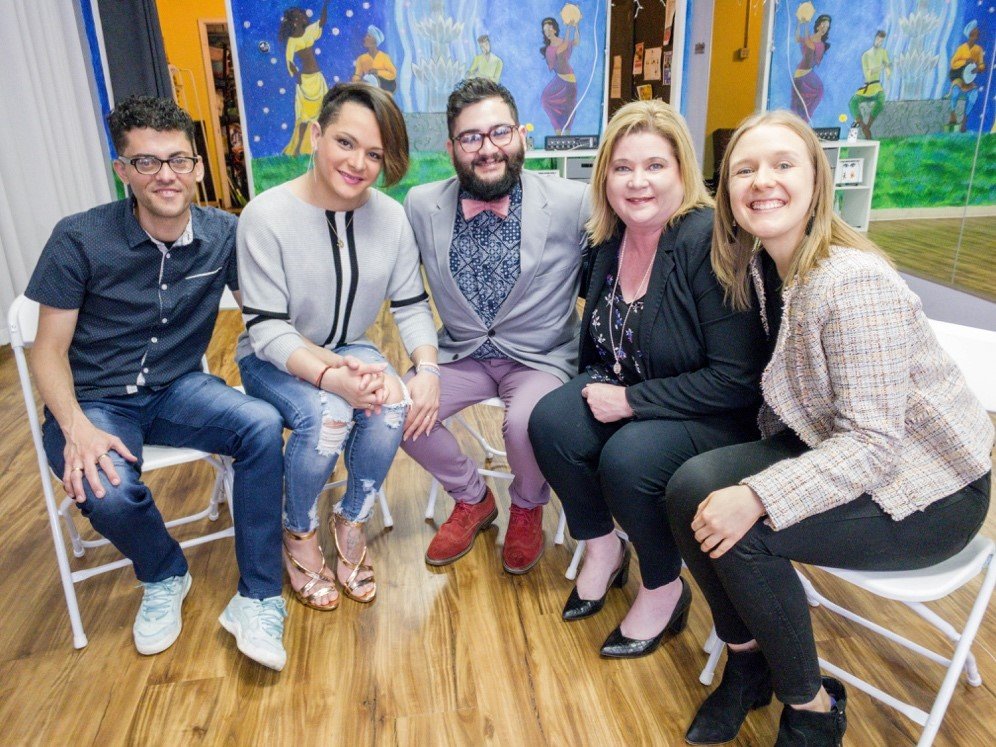 Jade and Arien crossed eight countries to present for asylum at the United States port of entry in Nogales, Arizona. Many of the same biases they endured in Cuba came up along the way, and in detention. But there, Jade connected with the Florence Project, which arranged for pro bono attorneys Melanie Pate and Hannah Dolski from Lewis Roca Rothgerber Christie to represent the couple in immigration proceedings.

Florence Project legal assistant Luis Valencia, who is also a member of the LGBTQ community, served as a cultural and legal liaison on the case. “Knowing I can offer some light and understanding that we are here to support you, that there are people who love you for who you are truly, that is such a gift I get from being a part of the Florence Project,” Luis said.

Jade and Arien married in detention, fulfilling a dream they had for their entire relationship—a dream that couldn’t come true in Cuba where their marriage would have been illegal. Melanie officiated the ceremony and Luis acted as the witness, noting that “Their joy was overflowing. They were both crying. They were so excited to know that they could get married, finally, after so many years of struggling.”

Most importantly, marriage consolidated Jade’s and Arien’s legal cases, pairing their fates and meaning they could stay in the same detention center and stand together in court. But when the asylum verdict came, it seemed to Jade that the whole journey was all for naught.

The immigration proceedings were so confusing to the young couple that when the judge delivered his decision Jade interpreted the legal jargon to mean they’d lost. She turned to Arien weeping. But Luis said, “What’s wrong, Jade? You won!”

Jade realized that their nightmare was over, that the storm had passed. Recalling that moment at the Phoenix dance studio, Jade said, “It was a journey of ten months.” She and Arien wiped tears from their eyes. “Thank you, United States. Thank you, Florence Project, for not abandoning me in a moment when I needed help. You stayed by my side.”

Melanie Pate, a partner at Lewis Roca, said officiating Jade and Arien’s wedding was among the greatest honors of her life, and representing their case was one of the most rewarding experiences of her legal career.

Jade now aspires to open her own studio to teach ballet. After her first dance openly presenting as a woman, she said, “This was something indescribable, because years after being forced to leave a dance company I was able to improvise what I feel. It was a marvelous way to touch on my past. I always dance what I’ve lived.”