Authorities in Eritrea imprisoned Isaac’s father and burned down his family’s home. He never saw his father again. Nearly everything Isaac owned was destroyed in that fire, including his birth certificate and other documents that showed proof of age. Isaac and his mother fled to Ethiopia, where his mother abandoned him. Alone in a foreign country and unsure what to do, Isaac decided to come to the U.S. with nothing but the clothes on his back.

The U.S. government initially accepted that Isaac was a minor and housed him in a shelter with other unaccompanied children. Several months after Isaac arrived in the U.S., the government ordered a dental scan to assess his age. This science is widely considered to be flawed, and federal law and the Office of Refugee Resettlement’s (ORR) own guidance says that documents such as birth certificates and school records, along with statements by the child, should be prioritized in determining a child’s age. Initially, even after the dental scan, the government continued to treat Isaac as an unaccompanied minor.

Isaac didn’t have any family or friends he could live with in the U.S., so he was transferred to a long-term foster care facility for unaccompanied children. Isaac was able to attend a traditional high school. He joined a soccer team and made many new friends. He was passionate about learning English. But in every other way, his life was completely different from that of a normal American teenager. After soccer practice, he had to go back to the foster care facility. He could not do anything after school and was only allowed to make two phone calls per week.

Several months after he was transferred to long-term foster care, authorities abruptly revisited the dental scans. They claimed Isaac was acting like an adult, even though he steadfastly insisted that he was 17 years old and that he knew his birthday. Despite ORR’s own internal guidance stating that dental scans should not be used as the only evidence of a child’s age – a rule that ORR broke in this case and many others we saw in 2019 – the government abruptly reversed course in Isaac’s case, relying exclusively on the flawed science of the dental scans to decide that Isaac was in fact an adult. That week, Isaac was transferred to ICE custody. Isaac was two months shy of his 18th birthday. 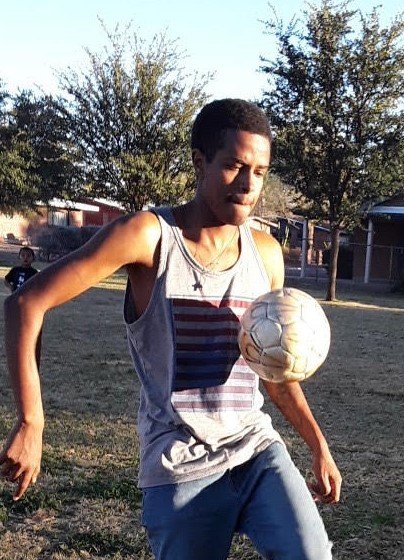 Isaac’s Florence Project attorney, Laura Belous, immediately sprang to his defense, assessing options to reverse this injustice and get Isaac out of adult detention. Yet, even after obtaining a baptismal certificate from Isaac’s church in Eritrea confirming his date of birth and getting a ruling from the juvenile court finding Isaac to be a minor, ICE refused to release Isaac from adult detention.

The Florence Project worked with pro bono attorneys Nathan Arrowsmith and Brian Mosley to file a habeas petition and a temporary restraining order in Federal District four days before Isaac’s 18th birthday. Nathan knew that remaining in adult detention would have lifelong consequences for Isaac and felt compelled to do anything he could to secure his release.

Two days before his birthday, a federal judge found that ORR’s decision to transfer Isaac to adult detention violated the law and ordered him back to ORR custody. The judge cited that the government’s justification that Isaac acted like an adult could not be considered “evidence” to show his age, especially when Isaac had his own testimony, a baptismal certificate, and a juvenile court order all confirming that he was still 17.

Because he was again recognized as a minor, Isaac was returned to the long-term foster care program two days before he turned 18. Once more, his attorney sprang to his defense. Unfortunately for children, turning 18 brings uncertainty. The child must request release from ICE, and ICE has the authority to grant or deny release. If they deny it, the child is transferred to adult detention on their 18th birthday.

Two days before his birthday, Florence Project social workers prepared a release request, and it was approved! The Florence Project then found a pro bono attorney to finish the case in Georgia, where Isaac just became a Lawful Permanent Resident!