On Thursday, October 24, 2019, we celebrated and honored our generous, dedicated, and talented pro bono attorneys at our annual Pro Bono Appreciation Event! Without our pro bono attorneys, who donate their time and talent to represent men, women, and children in immigration detention, our work truly wouldn’t be possible.

In particular, it was our honor to celebrate these incredible advocates: 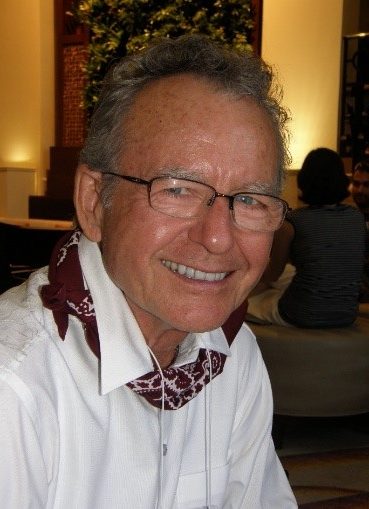 Over the course of the 1990s, the juvenile immigration docket emerged, and more immigrant children began appearing in court. As a result, the Florence Project began working with and representing unaccompanied immigrant children. “I was delighted to the see the Project expand and develop over the decades,” Judge Richardson says. “Those children’s cases were very demanding emotionally and professionally, but the [Florence] Project attorneys were up to the task and [many] of these claims resulted in a grant of asylum. Over the decades, the Project has maintained the highest professional standards and enjoyed the services of a most distinguished and admirable cadres of attorneys. It was my honor and privilege to have had them practice before me.” 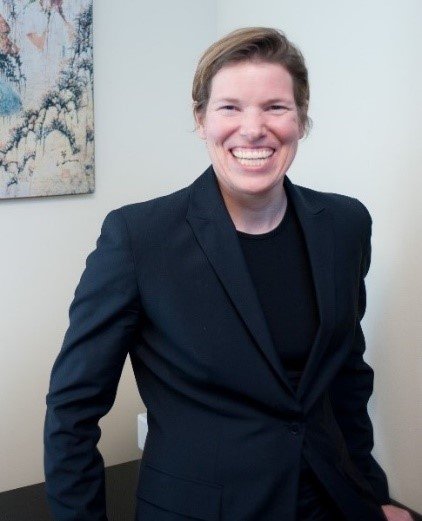 Because she didn’t live in Arizona, she made a point to visit her detained clients annually. On those visits, she struck up lasting friendships with Florence Project staff. “The Florence Project always managed to hire people who were brilliant, enormously dedicated to their work, had no ego, and were simply hilarious,” Kari says.

When Kari transitioned to teaching, she often told people, “If I ever work for an organization, the only one I would work for is the Florence Project.” She credits the staff at the Florence Project for helping her win cases over the past 15 years at the Ninth Circuit by catching issues, crafting strong arguments, and providing hope to someone that they might prevail.

“[Florence Project attorneys] toil without enough credit for the goodness they do. If a group with this passion thinks I did something helpful, I am humbled and honored to be on the journey alongside them.” 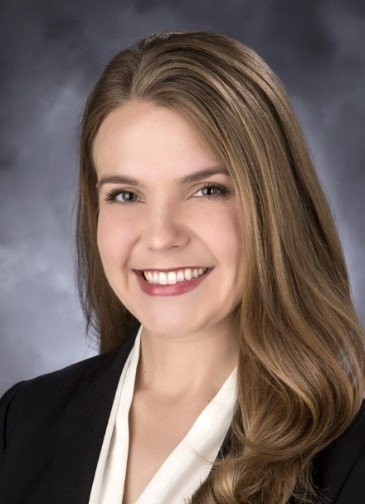 “Being born an American citizen is one of the greatest gifts I’ve been and a gift I did nothing to earn,” Samantha Winter McAlpin says. It was this privilege that inspired Samantha to volunteer with the Florence Project as a pro bono attorney. Becoming a voice for those who have been silenced is a way that Samantha can honor her citizenship.

“I am proud to be part of a nation founded on the ideals of liberty, equal justice, and respect for the dignity of others,” Samantha says. Because of this pride, it is her honor and a responsibility to use her legal training and skills to represent children who are seeking a safe future in the United States. Her clients inspire her with their courage, generosity, and strength.

“The legal work that I do at the end of this very long journey is nothing compared to the literal decades of grit and determination that have brought them here to us,” Samantha said when accepting the award.

“It’s a huge gift to have teenagers trust you with some of the most vulnerable truths about their life, and a huge responsibility to then use those facts to advocate for their safety. The legal work I do for my clients at the end of their journey to the United States pales in comparison to the determination and grit that led them here. I’m honored to be a small part of the Florence Project’s efforts.”

Pro Bono Attorneys of the Year

Shalayne Pillar was inspired to take on a pro bono case with the Florence Project after attending a Florence Project presentation. She spoke with her mentor, Rachael Pugel, and another associate at the firm, Lindsay Short, and “the dream team was born,” Shalayne says. “When I began this case, I knew very little about immigration law. I remember at one point printing out all the relevant codes and spreading them on my office floor, just trying to see how it all connected.  I couldn’t believe how messy and ambiguous it all was!” The experience helped Shalayne learn a great deal about herself and to become a better advocate for her clients, and her client was a great inspiration. “He has always remained optimistic—even when we were not. But the fact that someone could hope for the best, despite the odds, pushed me to be the kind of advocate my client deserved.”

For Rachael, the experience was educational. She says she learned a great deal about how the immigration system works and how it impacts the lives of those who must face it.

“We have the skills and ability to focus on the key legal issues, offer helpful evidence, and frame the narrative. I have learned that the value that clients place on knowing that someone is in their corner, ready to assist with case specifics, offer more generalized counsel, and simply listen, cannot be overstated,” Lindsay says. For Lindsay, it was inspiring and motivating representing her client also meant she was impacting the lives of her client’s children, friends, and community members. “It’s very humbling to interact not only with clients, but also with others whose lives will be impacted by the outcome [of the case].”