Eduard endured a turbulent childhood in Guatemala. When he was a baby, both his parents abandoned him to live with his grandparents. Around the age of eight, he went to live with his mother and stepfather. During the years he spent in his mother’s house, Eduard suffered both verbal and physical abuse at the hands of his stepfather: “He used to tell me ‘you’re not my son, and you don’t deserve to live here.’” When he was 17 years old he made the perilous journey from Guatemala to the U.S. 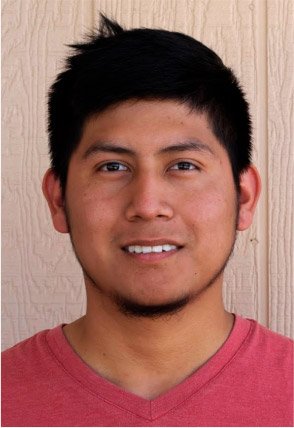 When Eduard was apprehended by Border Patrol, he lost the sense of hope that had propelled him all the way from Guatemala to the U.S. border. “I thought it was all over, that they would just deport me,” Eduard said of his initial encounter with Border Patrol.

Fortunately, Florence Project staff members Noriana Hermes and Carmen Pérez Noyola met Eduard soon after he was transferred to a children’s shelter in Phoenix. They explained to Eduard that he qualified for a Special Immigrant Juvenile (SIJ) Status, a form of legal relief for children under the age of 18 who came to the U.S. after being abused, abandoned or neglected in their home country.

When Noriana and Carmen realized that Eduard was about to turn 18, they mobilized to push his case forward. After meeting with him to draft his declaration, Carmen was impressed by his maturity: “You could tell that he really had the willingness and the determination to do something amazing with his life.”  In June 2015, Noriana secured an order from an immigration judge which allowed him to apply for the juvenile visa less than a month before he turned 18. Eduard’s determination to stay in the U.S. was put to the test throughout his case. After living in the children’s shelter for a few months, Eduard was released to his uncle in Arizona. Shortly thereafter, his uncle moved out of the state and Eduard struggled to find stability. With the help of Florence Project social worker Anna Marie Smith, he eventually found housing at the Dream Center, a shelter in Phoenix.

In March 2016, Florence Project attorney Patrick Helling prepared Eduard for his adjustment hearing, which he thought would be the final step to getting his green card. After a series of delays, Eduard had his hearing and, as Patrick expected, the judge decided to grant him status as a legal permanent resident. Eduard was delighted by the news that he would get the opportunity to stay in the U.S.

However, a mere two hours after the judge granted Eduard’s application, Patrick received news that the State Department had run out of Special Immigrant Juvenile visas for the first time. Since there were no visas available, Eduard’s victory was suddenly rendered moot. “He was crushed,” Patrick recalled of the moment he told Eduard that he was no longer a permanent resident. Eduard remembered feeling paralyzed with anxiety at the thought of losing his status. “I was confused,” he said, “Because the judge told me that I was a resident and now they were telling me there were no more visas left.”

Finally, after waiting for over a year for more visas to become available, Patrick and Eduard returned to court in October 2016 to finish what felt like an interminable battle. The judge again granted Eduard status as a permanent resident. In March 2017, Eduard finally received his green card. Thanks to the tireless efforts of both Eduard and the Florence Project, Eduard is now working and thriving in the U.S.