“Daniel’s case offers us a great example as to why the TVPRA is so important,” says Laura Belous, supervising attorney for the Florence Project’s Children’s Team in Tucson.

Passed in 2008, the Trafficking Victims Protection Reauthorization Act strengthens federal trafficking provisions and expands the rights of unaccompanied children who enter the United States. Thanks to the TVPRA, kids like Daniel can go through a less adversarial asylum process, even having their final interview outside of the courtroom. 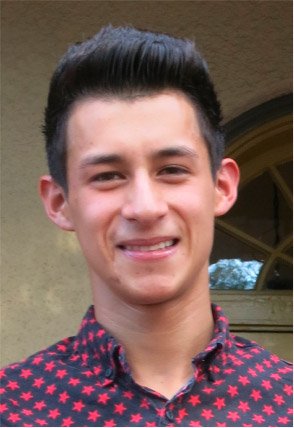 The positive effects of this law were not lost on Daniel. “I found out that adults didn’t get as much help as kids,” Daniel said, “and that adults were deported more often than kids. So I felt really lucky.”

In Honduras, Daniel suffered serious domestic violence at the hands of his stepfather, who would lock him out of the house for nights at a time when he was as young as five years old. By the time Daniel migrated to the United States, he’d been living on his own for years, but even this hard-won independence had failed to prevent his stepfather’s continuous abuse.

Like so many, Daniel endured a torturous journey to the U.S. He was deported from Mexico and had to make the trek a second time, during which he was kidnapped by a cartel and held captive for days until someone could pay the ransom for his release.

Because those in immigration proceedings are not guaranteed a lawyer, many, even children, are forced to brave going to court alone. When the Florence Project received a referral for Daniel’s case, he’d already been to one court hearing by himself. “I was all alone,” recalled Daniel. “I could hardly bring myself to speak to the judge. When he gave me the asylum application, I couldn’t understand it.”

Attorney Laura Belous and Legal Assistant Beth Lowry got right to work. They made sure to file Daniel’s asylum application a few months before his 19th birthday so that he would still be protected by the TVPRA. They met with him for hours to prepare his case, and even bought him pan dulce to give him a dose of extra energy and courage before his final interview.

Daniel’s asylum case was swiftly won and he received the good news right around his 19th birthday. But Daniel’s case with the Florence Project didn’t stop there. Beth and Laura helped Daniel enroll in traffic school when he got a ticket for driving under the speed limit. They took him to the food bank for basic provisions, and when his case was approved, they made sure to help him with the application process for asylum benefits, which include medical and dental insurance and free bus passes.

When Daniel naturalizes, five years after having won his asylum case, he’ll be able to petition for his mom to lawfully migrate to the U.S.

About the future, Daniel feels hopeful. “I’ve always liked to help others. I used to help the pastor at my church in Honduras.” He would run programs for people with alcohol and drug problems. “My dream is to be able to study theology and one day become a pastor here in the United States.”