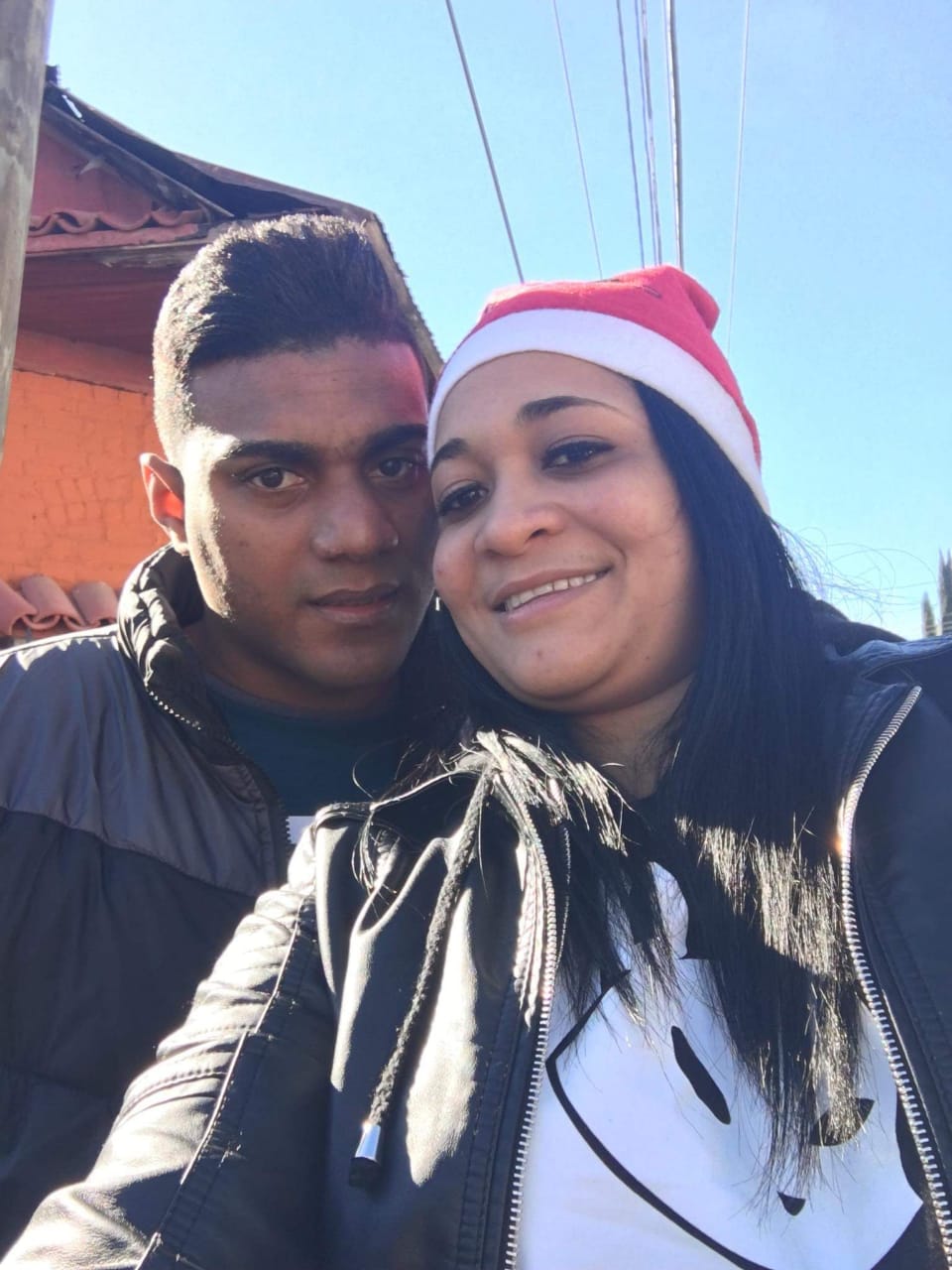 When Yarlenis and Yosbel left Cuba in 2019, they had no idea what they would encounter as they tried to seek safety in the United States: a closed border, a global pandemic, a high-risk pregnancy, and ultimately, an agonizing separation from one another because of cruel and punitive immigration policies.

In Cuba, they suffered political persecution, surviving several violent attacks. In one case in 2018, a Cuban official struck Yarlenis in the stomach when she was five months pregnant, causing her to lose the child she was carrying. It was her fourth miscarriage.

When Yarlenis and Yosbel sought asylum in the U.S. in April 2020, Yarlenis was six months pregnant. Her doctor had warned that the pregnancy was high risk due to her past trauma as well as prior instances of gestational hypertension and pre-eclampsia. The couple tried to explain to immigration officials in Tucson that both Yarlenis and the baby would be at risk if she were forced to continue her pregnancy waiting at the border in Mexico, without adequate access to healthcare. Nevertheless, they were told that every migrant who “entered without inspection” must be placed in the Migrant Protection Protocols (MPP) or “Remain in Mexico” program. They were returned to Nogales, Sonora the next day with a court date scheduled for the following month at a courtroom over 350 miles away in El Paso, Texas.

Fearing what might happen if they failed to present at the Ciudad Juarez/El Paso border for their court date, Yarlenis and Yosbel made the long and dangerous journey, by bus, from Nogales to Juarez the day before their hearing. While on the bus, Yarlenis began to feel ill and started leaking fluid. She was terrified that she was losing another pregnancy. When Yarlenis and Yosbel arrived in Juarez, they learned hearings for people in MPP were further postponed due to the pandemic, meaning they had made the long, dangerous trip, risking Yarlenis’ and the baby’s health, for no reason.

Immigration officials told them to leave and return to El Paso in a month’s time. Yosbel begged with immigration officials, pleading that it would be extremely difficult for them to make the journey again because of Yarlenis’ pregnancy, especially because she was supposed to be on bed rest. They were told, again, that no exceptions could be made and that they had to return in a month. However, acknowledging her poor condition, Yarlenis was ultimately transported to an El Paso hospital where she received an ultrasound, medical exam, and a COVID-19 test. She requested to have lab work done, but the hospital failed to do any blood or urinalysis. She never received the results of her COVID-19 test and, upon discharge, was immediately returned back to Mexico where Yosbel was waiting for her.

When her symptoms improved, she and Yosbel returned to Nogales. However, they had suffered persecution and were being threatened in Mexico by criminal organizations, and they continued to worry about Yarlenis’ pregnancy and her and the baby’s health. Florence Project Border Action Team Managing Attorney Alexandra Miller accompanied them to present at the border to request removal from MPP and advocate for their entry into the U.S. to apply for asylum. At this point, Yarlenis was nearing the end of her pregnancy. Still, the request was refused.

In late June, after experiencing increased threats to their safety in Mexico, they decided to cross the U.S. border to once again plead to be removed from MPP due to the risk of harm they faced in Mexico, as well as Yarlenis’ late-term, high-risk pregnancy. When they were taken into immigration custody, Yarlenis was driven to a clinic in Nogales, Arizona, where she was given a shot. She believes it was administered to stop her contractions. The couple was then removed back to Mexico under Title 42, a rule implemented by the CDC that allows the federal government to close the border under the guise of public health.

Back in Mexico, Yarlenis and Yosbel relocated to another town in Mexico to escape threats of violence in Nogales. Yarlenis’ life and her unborn child’s life were both at risk at this stage of her pregnancy. She began to feel contractions again, and knowing the risks that she and her child faced, she saw no choice but to try to enter the U.S. again and seek safety. 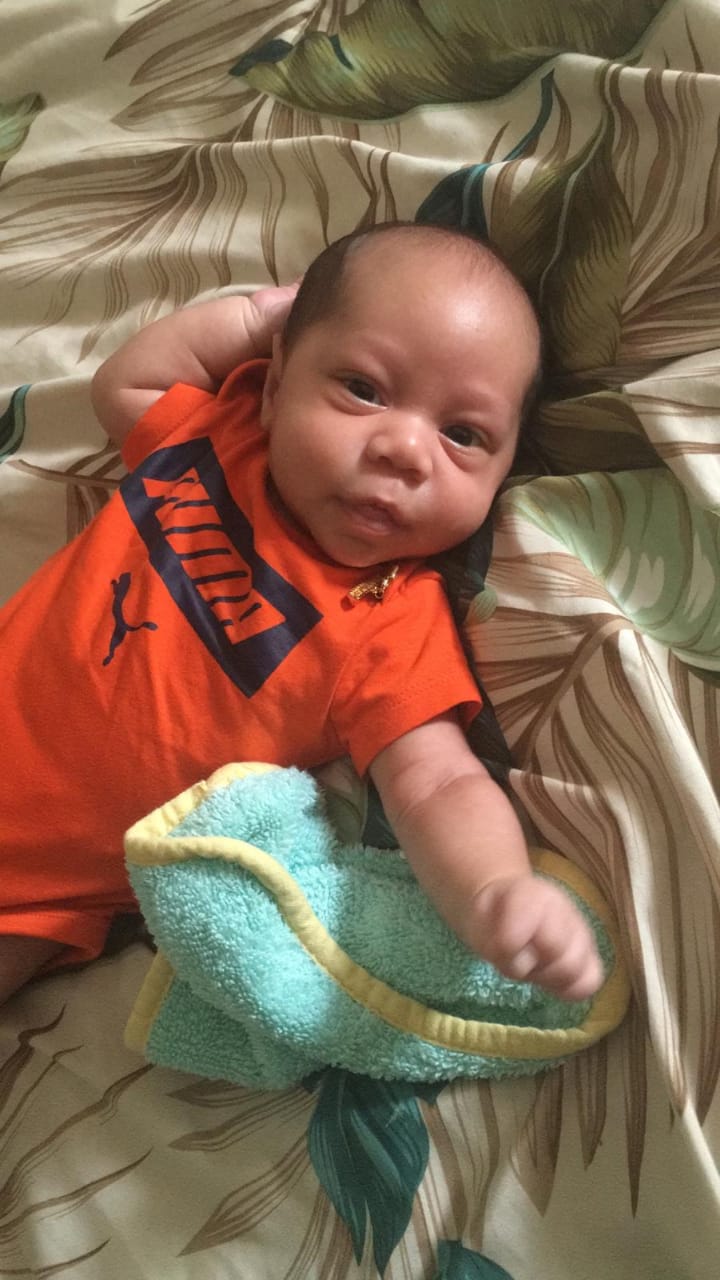 Even though the danger was immense, Yarlenis and Yosbel put their lives at risk, crossing the Rio Grande River into the U.S. to seek the intensive medical care Yarlenis knew she would need to safely deliver her baby. Sure enough, she was rushed to the hospital and gave birth via emergency C-section. She lost a lot of blood, but she ultimately safely delivered a baby boy.

However, while Yarlenis was admitted to the hospital in labor, Yosbel was returned back to Mexico. He has not met his son, who is nearly four months old, and their family now faces indefinite separation. In September, Yosbel told a reporter from the Arizona Daily Star that he can “barely sleep” since being separated from Yarlenis and their son.

Alexandra again attempted to accompany Yosbel to the border in September to help him request that he be allowed into the U.S. to continue to fight his asylum case because of continued threats and his now months-long separation from his wife and baby son, but to no avail. They were told by Customs and Border Protection that they could make no exceptions due to the pandemic. Even when Yosbel asserted his fear of torture in Mexico, officials told him and his Florence Project attorney that they could not even afford him the protections due under the Convention Against Torture.

Over the course of the pandemic, the extreme uncertainty that people in MPP are living with has risen to a new level, with court dates constantly being moved and postponed. For people in MPP proceedings in Nogales, Sonora, MX, it has been even more confusing and difficult because they have to travel to El Paso, Texas for their immigration court proceedings until June of this year when migrants were advised to check their hearing date online, to learn about their case’s postponement.

Yarlenis and Yosbel’s story is ongoing and is, unfortunately, not rare. Their story embodies the real-life implications of the administration’s cruel and punitive immigration policies: the Remain in Mexico policy and the Title 42 border closure. We hope that one day we will be able to update you with good news: a family reunified and safe in the U.S. By supporting the Florence Project, you support families like Yarlenis and Yosbel’s. Thank you. We thank the Kino Border Initiative for their ongoing partnership, which makes our Border Action Team’s work possible.