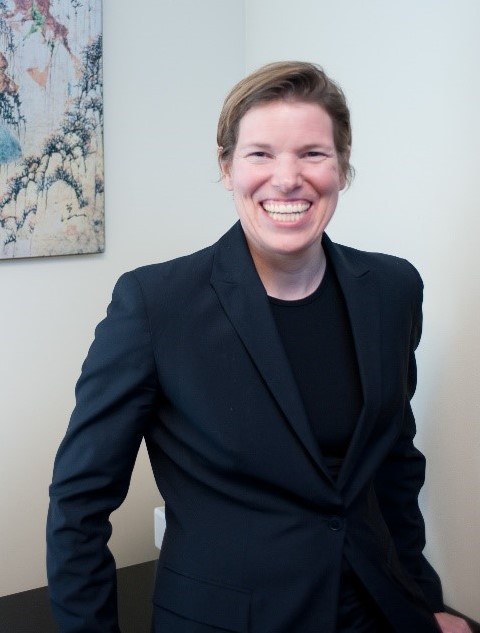 It’s hard to imagine Kari Hong doing anything other than immigration defense. When you hear her family’s story, you can understand why she was called to this work.

Kari’s biological grandfather, Juris Aire, was a chemist in Latvia who had advanced knowledge on fingerprint technology. Right after World War II, the Soviets tried to hire him to use his expertise to more accurately locate and track their enemies. He refused, knowing that meant he couldn’t stay.

Juris woke his family in the middle of the night, and they fled to Germany, where they stayed in a displaced persons camp. However, the fact that others hadn’t escaped didn’t sit well with Juris, so several times a week, he would leave the camp, go to East Berlin, and help other Latvians flee to the West. He was eventually caught, arrested, and sent to a political prison, where he was a prisoner until his release in 1959. While he was at the camp, Kari’s grandmother died of cancer, and the children were orphaned.

Meanwhile, an American couple, Howard and Edna Hong, was working in East Germany helping to resettle refugees during a seven year leave of absence from Howard’s college position in Minnesota. They kept hearing about two children who’d lost both of their parents, one to political prison and the other to cancer. A number of people whom Juris had saved asked Howard and Edna to find and take care of Juris’s children. Howard and Edna eventually did, finding, adopting, and bringing them back to the United States.

When Kari asked her grandparents, Howard and Edna, about their lives of service and why they took seven years away from their homes and their jobs to help refugees in Europe, her grandmother’s Midwestern humility made the answer seem simple: It was the right thing to do, and they were able to help, so they did.

However, Kari did not immediately connect her family’s story to the forces that drew her to immigration work. “My family members who immigrated cherished the ability to be Americans without the hyphen, so I never thought there was anything special about my family’s story. I am the daughter of an immigrant, but my family was so humble about their service and matter of fact about our story that it took me many years to realize how it shaped me. But how can that story not influence what you do?”

Kari has taken on approximately 100 cases with the Florence Project as a pro bono volunteer attorney! In her current role as a professor at the Boston College Law School, Kari founded and supervises the Ninth Circuit Appellate Program, in which law students argue an immigration case that is being appealed to the Ninth Circuit with Kari’s supervision. She estimates that about half the cases her students have taken on through that program have been Florence Project cases.

“Why I do what I do?” Kari asks. “My father—the immediate beneficiary of his families’ legacy of kindness—always emphasized how important it was to be kind to others, whether they be strangers or loved ones. In our everyday lives, being kind and helping other people seems small, like drops of rain that are soft and unobtrusive when they fall from the sky.  But when water joins together, it is the only force that can level mountains and carve out valleys.”

Kari’s father’s advice to avoid falling into the despair of futility fuels her work. “Not every case wins. Not every case has a large impact. But when a case is an impactful win, nine times out of ten, the case came from my partnership with the Florence Project.”

“My father’s insights have proven true. Success is measured collectively, and failure comes from not trying.”

In 2019, Kari dedicated her sabbatical to working with the Florence Project as an appellate fellow, taking on two dozen cases in front of the Board of Immigration Appeals and the Ninth Circuit, an experience she describes as “eye-opening.”

“But in my own moments of doubt, I hear my grandmother Edna Hong’s voice quietly and calmly saying: ‘It’s the right thing to do, I can do it, so I will.’

“I see no other alternative. I feel lucky to be a part of the Florence Project’s community of volunteers. Knowing that there are hundreds of us, today’s hope and efforts are combining and will further combine. Right now, I’m hanging onto my father’s leap of faith that, as long as I keep working on my drops of water, at some point, the water will join and a flood will carve up the barriers that are blocking justice.”