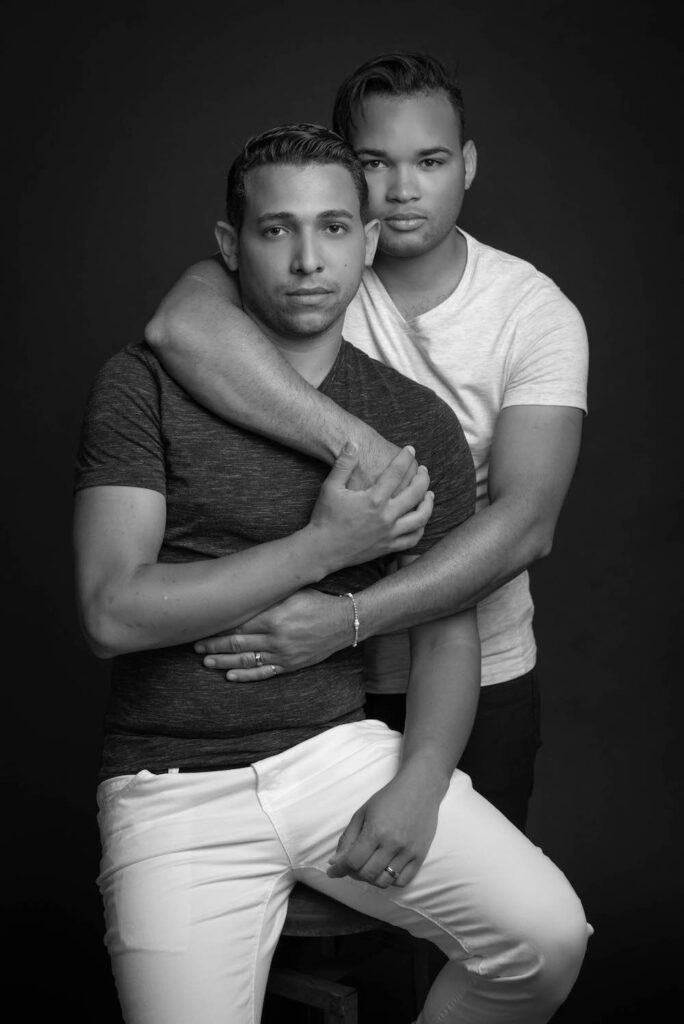 When Beto and Josue fled Latin America to seek safety in the U.S., they imagined a life free of persecution for their sexual orientation. They imagined being able to live together and start a family. They imagined a big, joyful wedding. Instead, they found themselves incarcerated in a detention facility in Eloy, Arizona.

“In Cuba, they don’t approve of gay marriage. It’s difficult to have a normal life. We’re people who came fleeing from our countries. In detention, they treat us like delinquents,” said Beto. “Often, I would cry and ask what had happened to me. It’s as if we didn’t exist.”

There both men began working with an attorney from the Florence Project. Since immigrants facing removal are not guaranteed the right to a public defender, the Florence Project provides a Legal Orientation Program to help clients prepare to defend themselves in court. As part of that program, Beto and Josue received trainings and consultations in order to learn how to navigate their cases.

Though Josue was ordered removed at his first hearing, Beto continued working with the Florence Project to develop his asylum defense. The Florence Project helped Josue file a request for the judge to reconsider the removal order, but the prospect of separation loomed before Josue and Beto. The couple made a difficult decision. They would get married while detained so that Beto could list Josue as a dependent on his asylum application.

“We were detained in the same place, but when [the detention facility] figured out that we were going to get married, they separated us. They sent us to different parts of the facility.”

For one hour a week, they were allowed to see each other in a visitation room. In that very room, two months into their detention, Beto and Josue got legally married. A month later, Beto won his case, with Josue as his lawful husband.

Now, Beto and Josue live with family members in Florida.

Though Beto and Josue’s story is unique, thousands of people are detained in Arizona daily. Thousands of people face a hostile court without access to representation. Having an attorney increases an individual’s chances of winning their case tenfold. The Florence Project is the only organization in Arizona that provides free legal and social services to immigrants facing removal.

“We want people to know that there are places like the Florence Project that care about us,” said Beto. “When we won our case, a door opened for us. We can live our dreams.”

And what are those dreams?

“First and foremost, to have a real wedding,” said Josue. “And then to adopt a child. This is my biggest dream.”