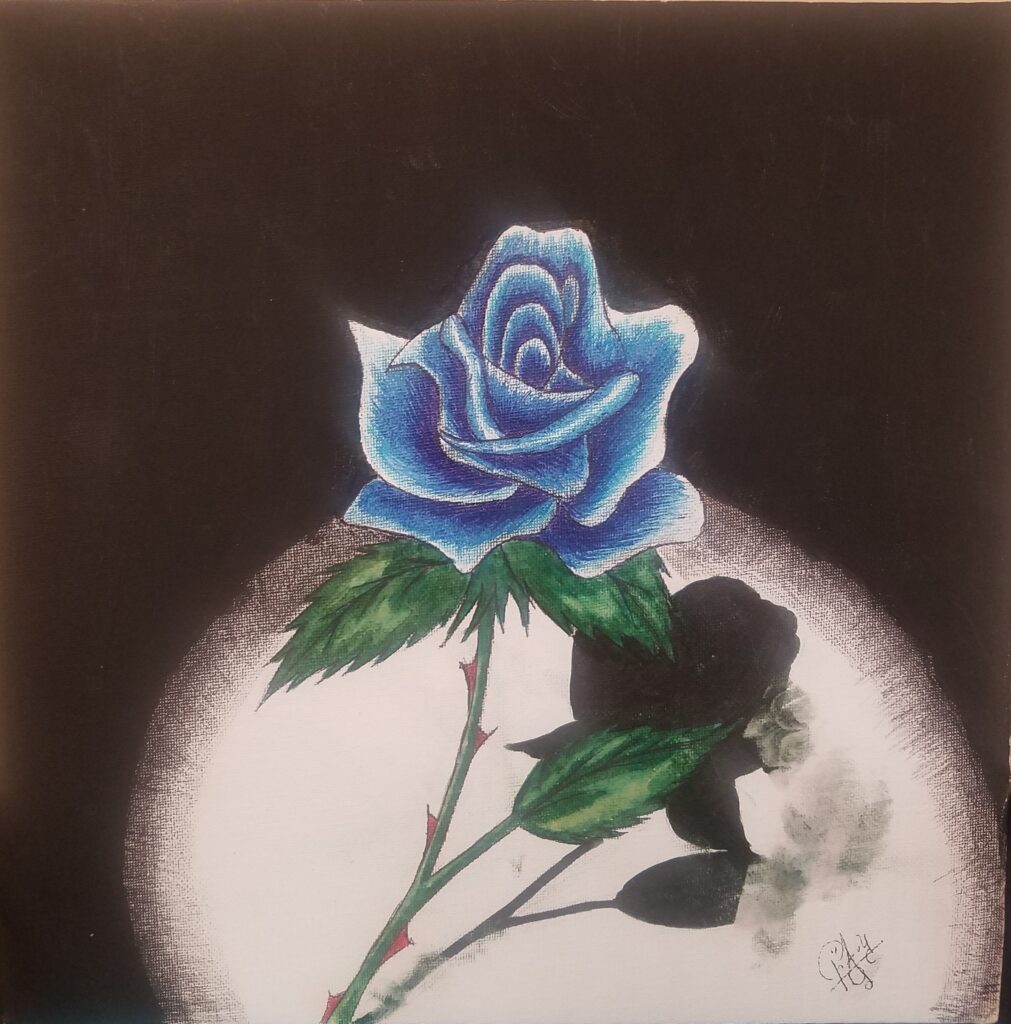 When he arrived in the United States at age 17, Alan was suffering from severe depression. To make matters worse, Alan didn’t have anyone in the U.S. to take custody of him, so he moved between shelters for unaccompanied immigrant children. Drawing became his outlet.

While Alan worked to manage his depression, Florence Project attorneys sprang into action on his legal case. By the time he arrived at a shelter in Arizona, his 18th birthday was just a few months away. Without legal advocacy, Alan would be transferred to adult detention on this 18th birthday. The Florence Project submitted an asylum application on Alan’s behalf and helped him figure out a plan for his release. On his 18th birthday, he was released!

Instead of being sent to detention, Alan celebrated his birthday with cake, singing, and his Florence Project team. At this impromptu birthday party, Alan gave a speech about his gratitude to the Florence Project and presented his attorney with a painting he’d made for her.

Now, Alan is living with his girlfriend in Texas. He still draws, and he dreams of becoming a tattoo artist.

The painting Alan made for his attorney was one of the pieces in Survive, Resist, Create: Art by Immigrants Facing Deportation, the Florence Project’s first client art show. The show is full of pieces made by Florence Project clients who have used art to distract, heal, and express themselves. Alan’s painting his called “Esperanza en la Oscuridad” or “Hope in the Darkness.”