Ron Kilgard is the Florence Project’s 2018 Adult Pro Bono Attorney of the Year. Each day this week, we will feature one of the pro bono professionals who will be honored at our Annual Pro Bono Appreciate Event on October 25, 2018. 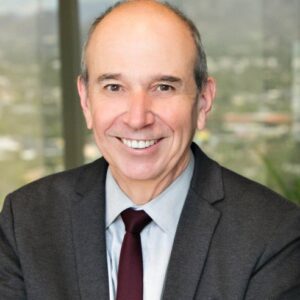 Ron Kilgard became involved with the Florence Project through Saul Diskin, one of our founding board members. After the most recent presidential election in 2016, Ron was motivated to act. “I wanted to do something myself to make a difference,” Ron says.

Ron didn’t have a background in immigration law, and he took a case to make an impact and to see firsthand how the system works. When he began, he had questions about the entire process: What is an immigration detention center like? What is the paperwork like? How easy or difficult is the system to navigate? He quickly learned that immigration detention centers  are extremely isolated, and the process is exceedingly complex. “It is a very complicated body of law,” Ron says. “If you pride yourself on doing a good job, it’s very hard to navigate the law and the system.”

Ron’s first case opened his eyes to an extremely complicated and unfair system, but it also gave him one of the most meaningful relationships of his life. “I’ve developed a close relationship with my client. He’s a person just like me, I’m just much luckier. Over a thirty- year practice, I think I have had a deeper relationship with him than I’ve had with any of my other clients.”

“As confusing, complicated, and unjust as the system is, the counterbalance is that when you talk to people or organizations for help with a case, they are so supportive and generous. For example, when my CPA learned of the case, she insisted on handling his taxes for free. Those moments – and there are lots of them – restore my faith in humanity.”